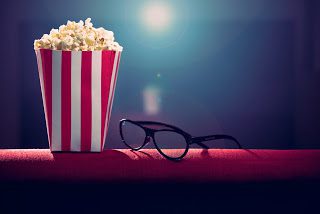 The Story of Luke
After his grandmother, and caretaker, passes away, a 25-year-old boy with autism must learn how to live alone for the first time. Though scared at first, Luke is determined to find a job and make friends. Alonso Mayo, the film’s writer and director, said he was inspired to write the film after students at the school his mother runs for people with developmental disabilities told him they wanted to see people like themselves in films.
Front of the Class
Based on the life story of Brad Cohen (played by James Wolk), we watch as Cohen grows from a young child diagnosed with Tourette Syndrome to a gifted teacher. As a teenager, Cohen was teased by his classmates for his vocal outbursts, which made him hate school. When his principal encourages Cohen to use his negative experiences in school to inspire others, he works hard to become the school teacher he had always wanted.
Temple Grandin
This biopic tells the true story of Mary Temple Grandin (played by Claire Danes), a woman with autism who overcame her limitations and became an expert in the field of animal husbandry (the science of breeding and caring for animals). Through a series of flashbacks, the audience learns that Grandin was uncommunicative and prone to tantrums as a child. Instead of placing her in an institution, which was recommended at the time, her grandmother decides to hire a therapist to help Grandin adjust to social interactions. In 2010, the real Temple Grandin was named one of Time’s 100 most influential people, as she was one of the first people to publicly speak about her life on the autism spectrum and was the inventor of the “hug box.”
My Left Foot
Daniel Day-Lewis won an Oscar for his performance as Christy Brown, a man whose cerebral palsy left him confined to a wheelchair. In the film, Brown’s mother is one of the few people who recognizes his intelligence and compassion and encourages him to pursue his passion for art. With only one functioning limb, Brown becomes an award winning writer and artist.
The Miracle Worker
After suffering a terrible fever as a baby, Helen Keller (played by Patty Duke) is left unable to hear, speak or see. That is, until Annie Sullivan (played by Anne Bancroft) comes to teach Keller how to communicate. Though she initially resists, Keller and Sullivan develop a deep friendship. Based on the true story of Helen Keller, this movie proves the only limitations we have are the ones we set for ourselves. Helen Keller eventually became the first blind and deaf person to earn a bachelor of arts degree.
Debra Solomon, founder of Spectrum Strategies sees the strengths in each and every individual with Asperger’s syndrome and autism. Debra is focused on training young adults on the Autism Spectrum and with Asperger’s to accomplish life and career goals, no matter how big or small. She believes that through determination and commitment, every client has the ability to live life to the fullest potential. Call (516) 822-3150 for your one on one and let’s get you reaching for the stars!